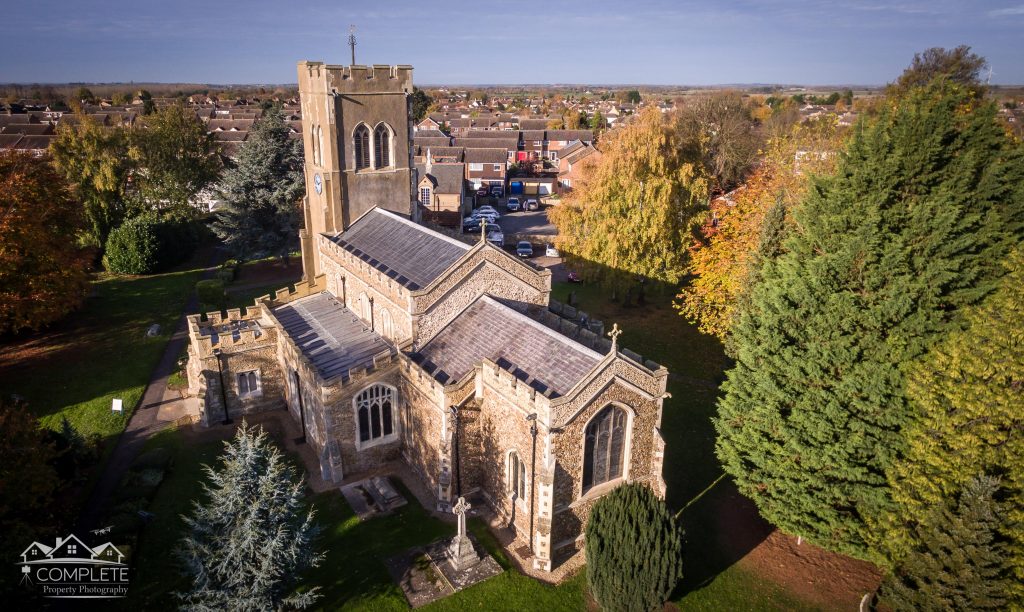 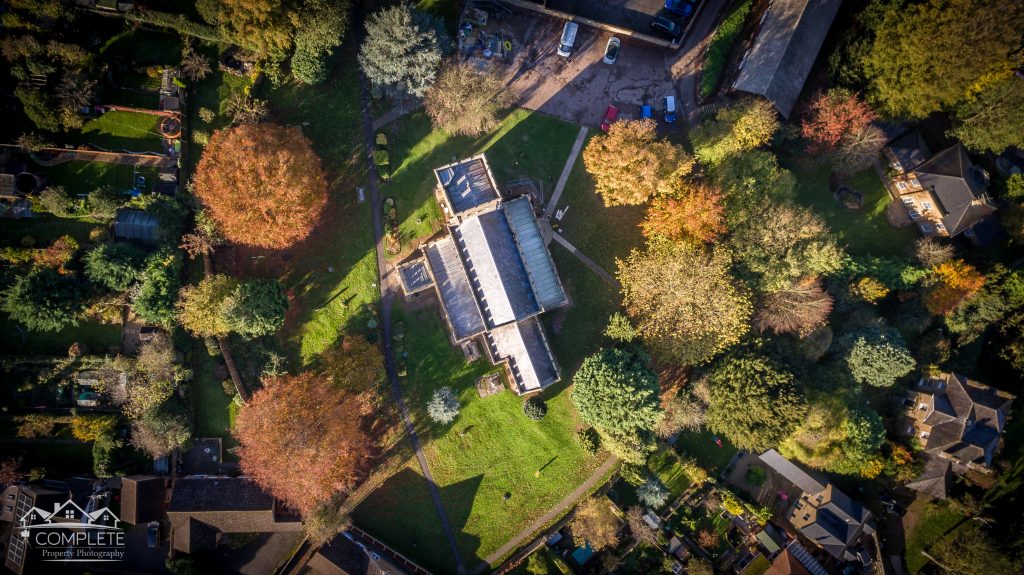 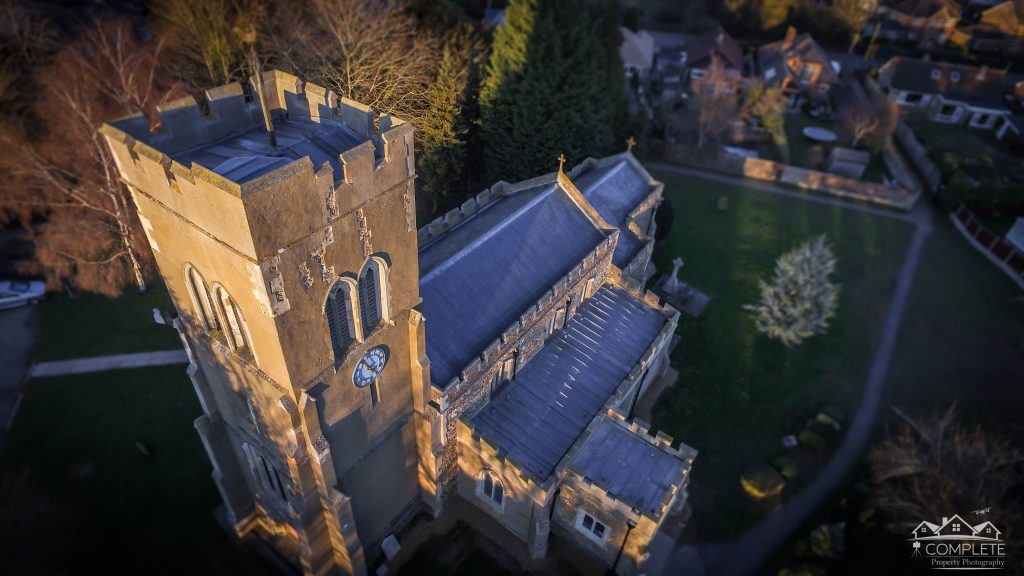 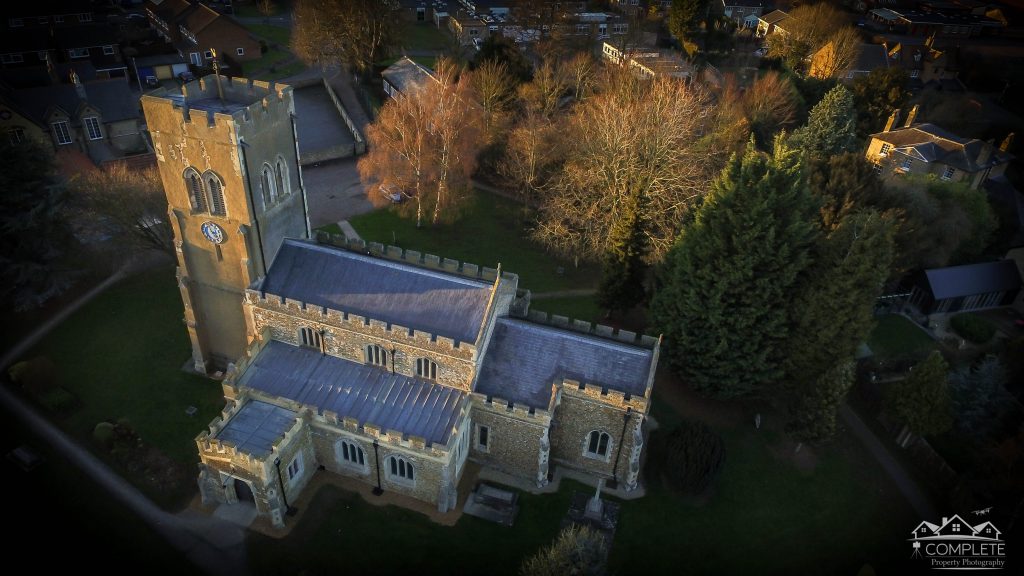 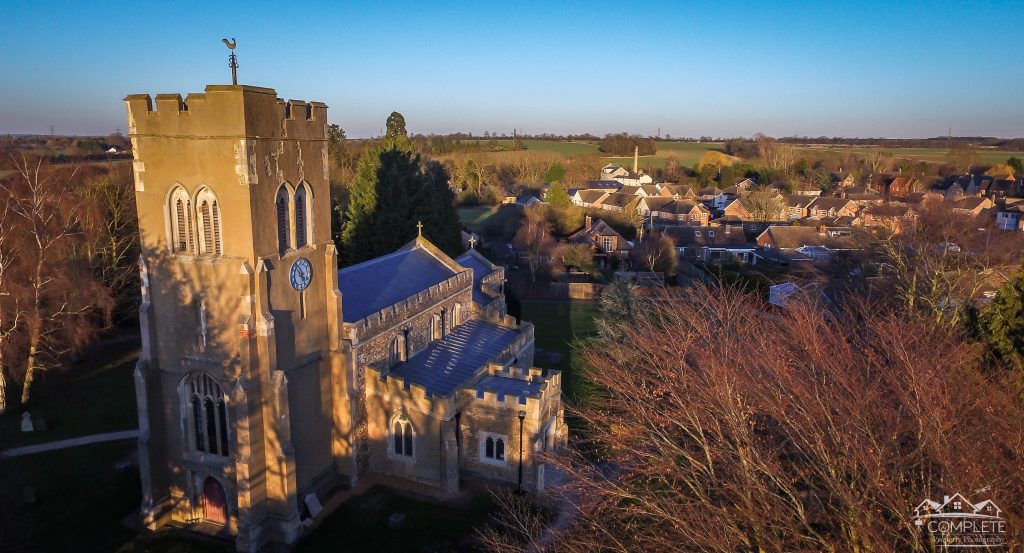 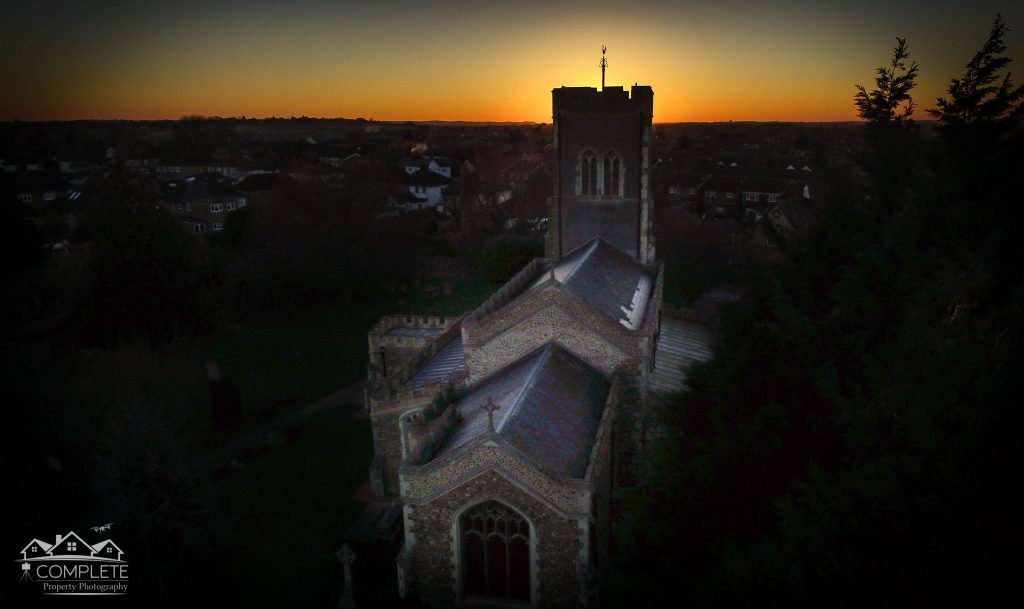 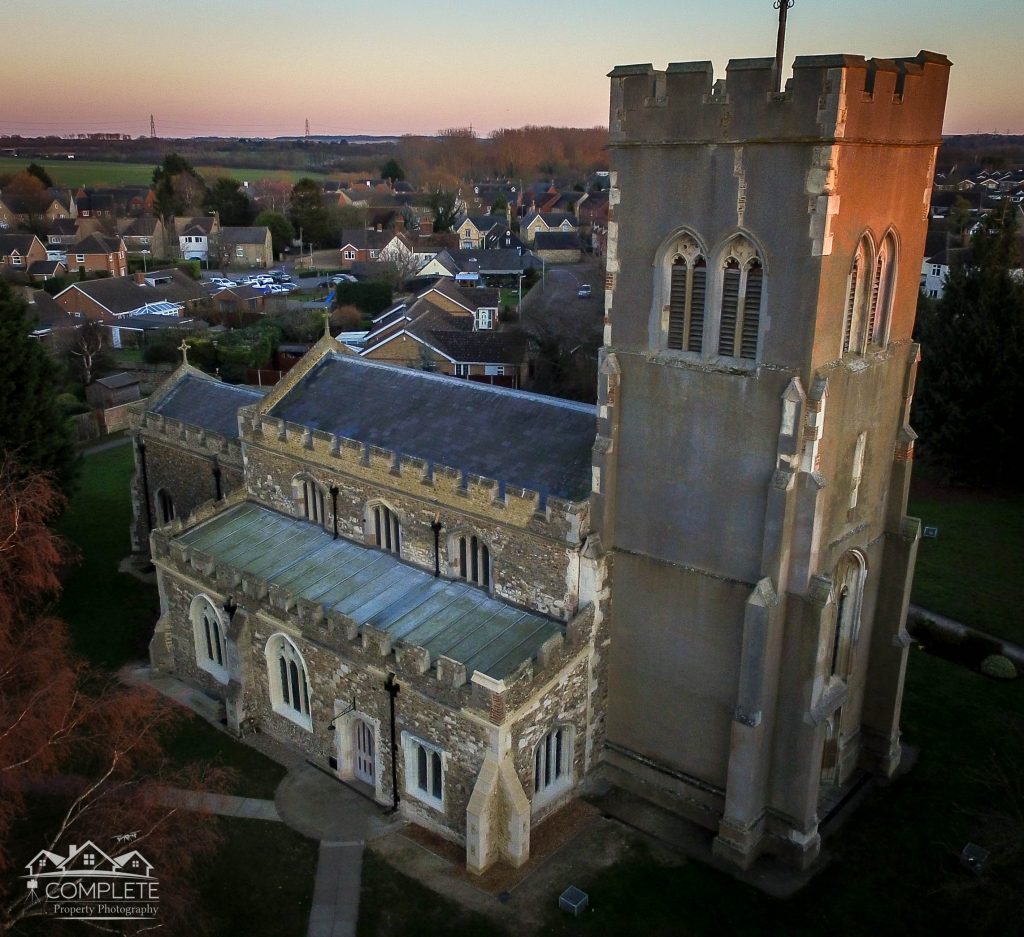 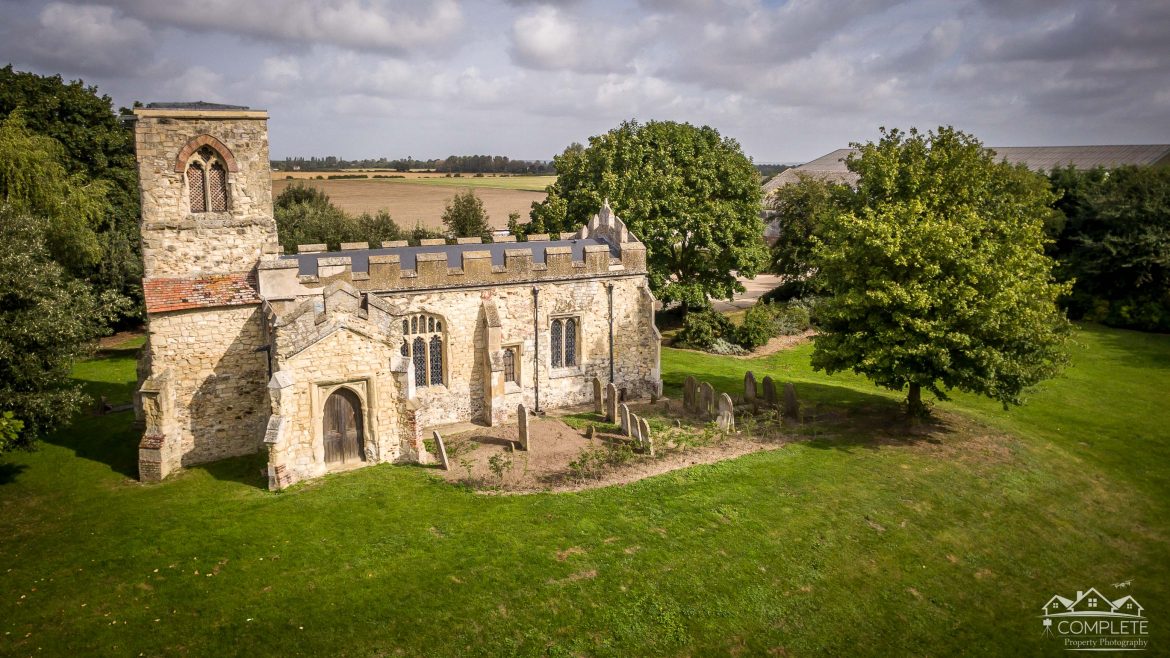 Complete Property Photography plan to photograph churches with a drone

Towards the end of last year Complete Property Photography were fortunate to get the opportunity to photograph an historic and ancient church in the deserted village of Caldecote. The St. Mary Magdalene Church dates back to the 13th century but was made redundant in 1974, however, in 1982 it was vested by the Friends of Friendless Churches charity. In 2007 local residents in Caldecote, a tiny village near Newnham formed a group called the ‘Caldecote Church Friends.’ Their purpose was to raise funds for the maintenance and restoration of their beautiful medieval church.

Grazyna Tutak, one of the group’s volunteers and their press and publicity officer said,  ‘Complete Property Photography contacted us and said that they were interested in photographing our grade II* historic church. They informed us that they were commercial drone operators and suggested that aerial photography would allow us to capture amazing photographs of our church. We jumped at the chance. At the time we were in the process of updating our website for the church and we were thrilled that we were allowed to use the photos on our website.’

John, from Complete Property photography said, ‘I have walked and ran past the church on many occasions during my journeys cross country to the village of Ashwell. I have always been fascinated by it’s remoteness and it’s history and couldn’t wait to photograph this beautiful building with our drone.’

It turns out that we enjoyed the experience so much that we decided that our hobby for the next 12 months would be to photograph historic churches in the local area.  Our mainstay of photography work involves internal and external property shoots of residential homes, however, it is refreshing to photograph something different, especially when the subject is steeped in history.

As winter draws to an end and spring is on it’s way, the countryside will begin to come alive and from a photography perspective we are keen to get out there and start snapping. Initially, we plan to photograph the churches which are closest, starting off in our home town of Stotfold and then spreading out to the villages of Astwick, Henlow and Arlesey. By the end of the year we hope to have photographed lots of churches throughout Bedfordshire and Hertfordshire.

The next church that Complete Property Photography plan to photograph is St. Mary’s Church in Stotfold. Reverend Bill Britt, the church rector said ‘Restoration work at our church throughout 2017 was recently completed, it would be wonderful to capture our beautiful church looking it’s very best’ 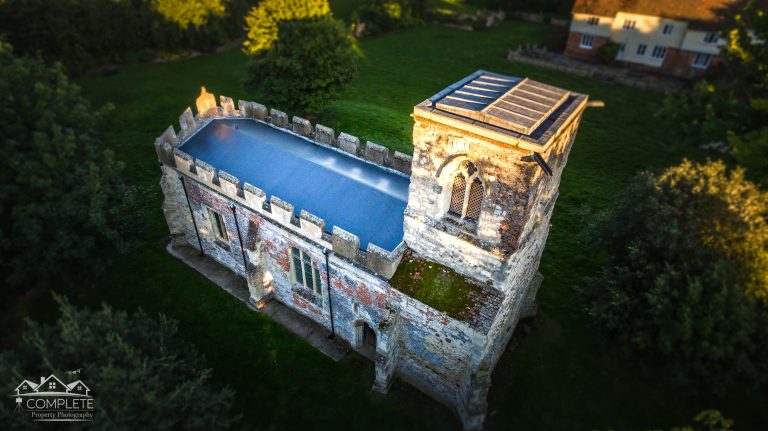